Why does Honey Bunny look like Bugs Bunny’s twin sister?

Originally Honey Bunny looked much different, in comic stories she was yellow with blonde hair and looked much like today’s Lola Bunny. However, along with this comic version of our girl bunny there appeared at least three other versions that differed much in terms of visual appearance and they were used in merchandise and live shows.

In 1980 artists working for Warner Bros. decided to copy Disney’s idea that a girlfriend of a furry character should look like his twin sister and that’s why they redesigned Honey Bunny to a more ‘Bugs-like’ version (nowadays this is the best known version of this character and hardly anybody knows yellow Honey from comics).

Making Honey Bunny’s visual appearance closer to Bugs Bunny was a big mistake. Artists seemed to forget that in cartoons Bugs Bunny cross-dressed many times, very often putting female clothes on. Of course, Honey Bunny did have some female features like more female silhouette, smaller cheeks, bigger and rounder eyes, etc. However, most artists making pictures used in merchandise were just lazy to such extent that they just re-drew Bugs Bunny and added him eyelashes and bow. Many fans, seeing this ‘new’ Honey Bunny, misidentified her with Bugs Bunny.

Yes! Lola Bunny is based on comic version of Honey Bunny and de facto she is an updated version of her. 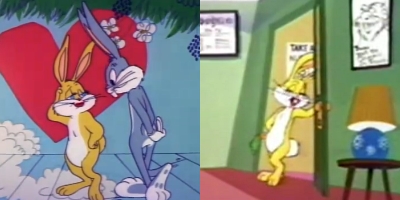 Girl bunny: Hey, big boy. Lately, I just can't seem to stop eating. Something is missing from my life - something I must be substituting for. By any chance, could you show me what that might be?
Bugs: Hey, uh, could we have a discreet fade to black, please? After all, for this show we need an ending with good taste! 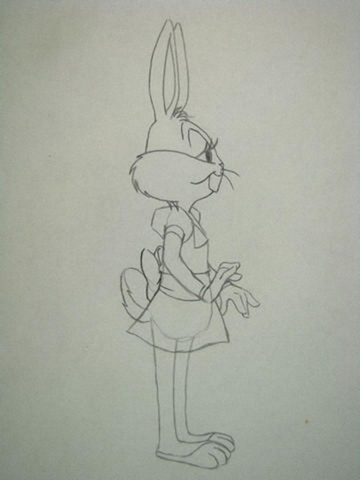 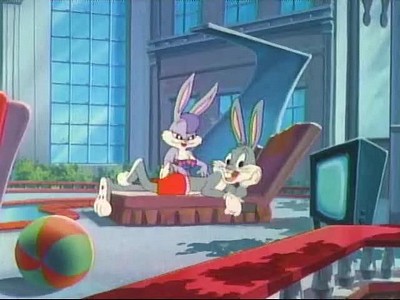